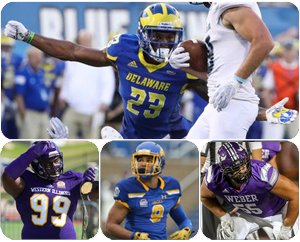 Josh Buchanan is the football scouting community’s preeminent small school prospect guru.  His knowledge of non-FBS prospects, or what many would call “sleepers”, is absolutely unparalleled. That wealth of knowledge is the result of a tireless work ethic and a vast network of connections made during his time in player personnel for a high school All-American game and several collegiate all-star games including the Las Vegas All-American Classic, Texas vs. The Nation and the NFLPA Collegiate Bowl. Buchanan has also covered the Football Championship Subdivision for Phil Steele Magazine and collaborated with D2football.com.