The Los Angeles Rams are unfortunately the Super Bowl LVI champions. The Les Snead strategy of f**k them picks paid off. Now, the Rams must try to balance the depth on their roster with cheap picks and bargain basement free agent signings in order to make a run at a repeat. 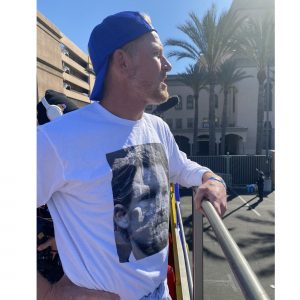 The Rams currently have eight draft picks. The earliest of which is pick 103 in the fourth round.

I used the Mock Draft simulator from NFL Mock Draft Database. For this simulation, I used the consensus big board accumulated by NFL MDD, with the realistic draft mode setting.

Let’s see how it plays out.

Munford played tackle for most of his career in Columbus before kicking inside in 2021. His play fell off a bit this season and then he tested average-to-poor at the combine. Munford carried a borderline first-round grade coming into the season. He could provide four-position depth for the Rams.

Thomas is a scheme versatile prospect. The former Sooner had a solid week at the Senior Bowl. Thomas then had a solid combine performance. He has fifteen sacks over the last two seasons in Norman. The Rams may need some production help if Von Miller departs in free agency.

Watson possesses elite size, length, and speed. The former JUCO star recorded his only two career interceptions this season. Watson was just okay during the Senior Bowl practices. He would be a solid depth piece for the Los Angeles Rams.

THE REST OF THE DRAFT