With all the hype around the top couple QBs that will be 2023 NFL Draft eligible, I wanted to talk about a quarterback that seems to be under the radar (ranked as QB17 here on Draft Countdown), that QB is Fresno State’s, Jake Haener. 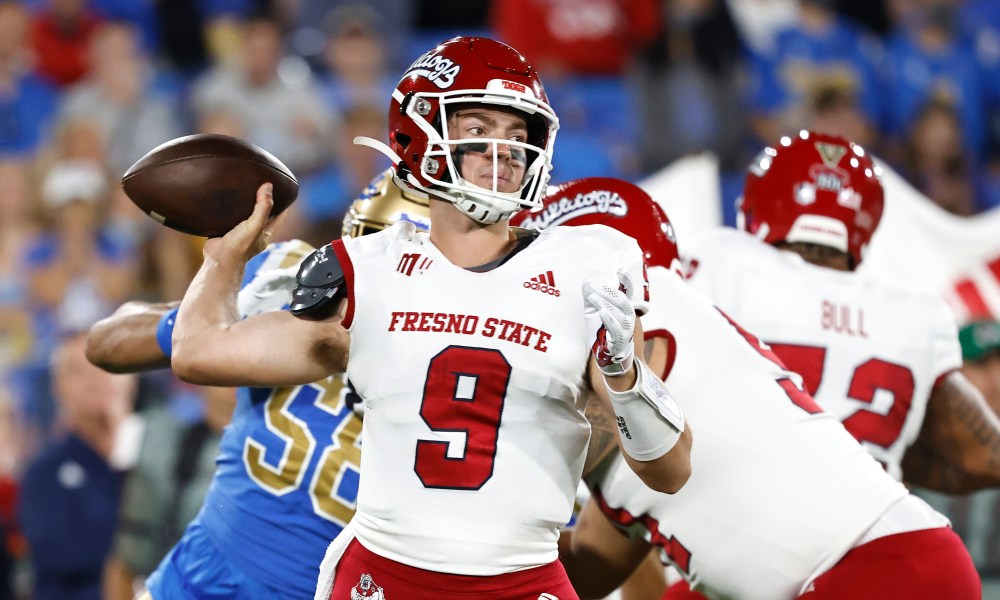 Haener started his college career at Washington and considered transferring back there this year when his head coach at Fresno State left to become Washington’s new head coach. He brings an intriguing skillset and draft profile similar to a former Fresno State quarterback currently in the league (I’m sure you can guess), and if you look at Carr’s profile (here), you’ll hear what sounds like a lot of the talking points I’ll hit throughout this article with Haener.

With regards to the physical tools, I see no reason why this young man won’t be a draftable prospect in 2023 and when you watch his development from 2020 to 2021 I think you’d agree.  You’ll see aggressiveness ramp up,  some solid off-script plays, and I’ve watched him make side arm throws with good zip and overall accuracy. He doesn’t have the fastest wheels but he can navigate the pocket and evade pressure I’d say fairly well.

When it comes to the mental side of the game, I see him making pre-snap reads as well as working through his progressions after the snap without too much trouble (here’s an example against UConn), he moves around the pocket to extend the play and does an above-average job of making the right call, I will say that I saw times where he probably should’ve just kept the ball and ran or threw it out of bounds and moved on.

From the football character side of the player, he definitely brings the veteran leadership to the team that can really help propel teams to success throughout a college season. Watching some interviews with him, he definitely has the confidence and understanding to be the leader this Fresno State team needs in 2022.

I think NFL teams will like the aggressiveness and “gunslinger” mentality he brings to the table, add that to the fact that we’ve seen a clear positive growth in his time at Fresno State as well as we know the school has produced NFL talent over the years (currently 11 in the league), I think we shouldn’t overlook the possibilities of a team taking a shot on Haener in rounds 4-6 in the 2023 NFL Draft. 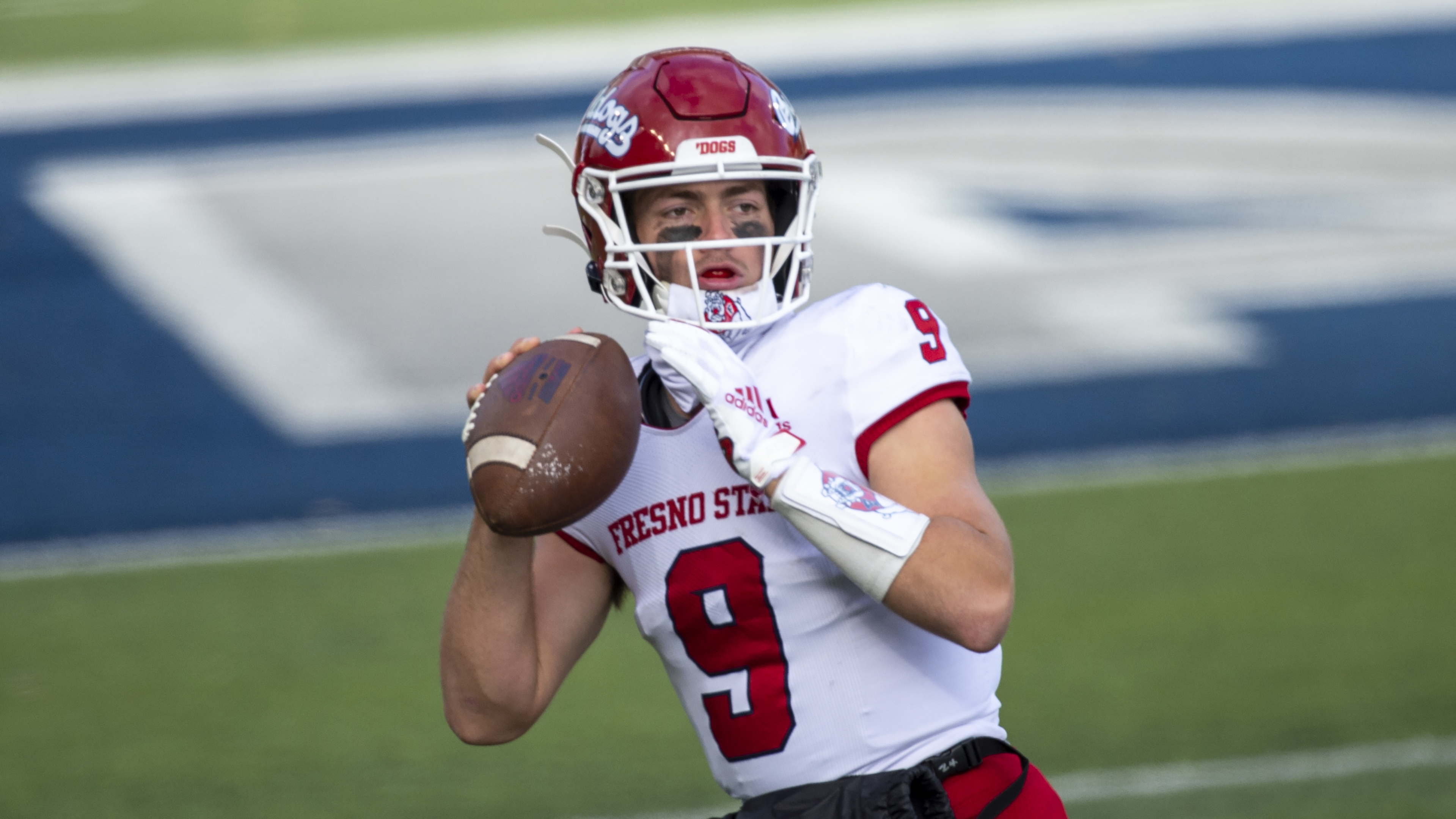 When you look at the NFL landscape currently, there are plenty of teams still trying to find their leader at the quarterback position, so these next few drafts could produce the next faces of the NFL, so my question to you would be why not Jake Haener? My Detroit Lions may or may not need a QB, and there are plenty of other teams with either young QBs or uncertainty, so it would not surprise me if teams take chances on these young players that are hungry to compete.

Any questions or just want to keep the conversation going, hit me up on Twitter Feel free to @ me or DM me and we can talk more about him and the rest of the 2023 NFL Draft!

What Are the Fundamentals of American Football?

Stock Up, Stock Down, Names To Know: Week 9