On February 2, 2023, the East-West Shrine Bowl will showcase premier college all-stars under the lights of Allegiant Stadium. Taking place during Pro Bowl Week, notable college players from all over the nation will boast their talents in front of NFL scouts, a national audience, and even bigger: a full NFL coaching regime.

Each appointed coaching body will conveniently hold early picks in the 2023 NFL Draft. These coaches will have a front-row seat to some of the league’s hottest prospects and will look to gain invaluable insight before making their selections just months later.

Beyond showing out on the field, the athletes can also show their work ethic in real time while working with a full staff of position coaches the entire week. I strongly believe the staff will come from the Lions and Texans, but with which head coach at the helm of each team? Let’s analyze.

The current record for the Houston Texans is 1-6-1.  It isn’t a great look for Head Coach Lovie Smith in his first year in the Lonestar State. However, keep in mind that this organization has been through a whirlwind of scandal, player loss, and overall disarray in the wake of Deshaun Watson. Losing franchise stars DeAndre Hopkins and J.J. Watt to Arizona while their WR1, Brandin Cooks, remains publicly unhappy and does not help foster hope in Houston. Smith inherited a messy job that few would envy.

Most recently, VP of Operations, Jack Easterby, was fired. It was the first commanding move by new CEO Cal McNair, son of Bob. McNair will continue to attempt to resurrect this organization and fan base and I believe it will start with draft strategy; not a total coaching incineration.

With Easterby’s firing, rumors have settled surrounding Houston’s desires to hire former Quarterback Josh McCown as their leader. Despite no coaching experience at any level, it sounded as though Easterby wanted to follow in Indy’s footsteps (CC: Jeff Saturday). 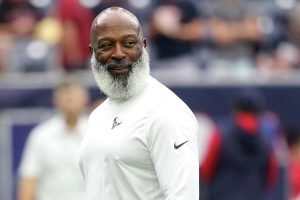 Lovie Smith will still be the Head Coach of the Houston Texans at both the Shrine Bowl in February 2023 and week one of the 2023 NFL Season.

Head Coach Dan Campbell’s spitfire personality and tough love were revered during exposure on HBO’s Hard Knocks series. As much as we would all love to hire Campbell as our personal hype man, calloused discourse and impassioned speeches don’t win football games.

Coach said himself that “this is a production-based business” so we look above at the record and have to wonder where the production is. It is tough to have so many ‘almost wins’ but that means nothing in the win/loss columns.

The Lions already fired Defensive Backs, Coach Aubrey Pleasant, a couple of weeks back. Instead of burning the entire unit down in one fell swoop, I really think they are doing it piece by piece. I don’t think Campbell is the HC of Detroit by the end of Black Monday.

I believe that the next Head Coach of the Detroit Lions will be Demeco Ryans: currently the Defensive Coordinator of the San Francisco 49ers and former NFL Linebacker (Eagles and Texans). Sticking with the need to repair a dreadful defense, this would be a fantastic appointment. After replacing Robert Saleh as DC in 2021, Ryans has shown consistency and growth despite injuries and a tough NFC West.

I am going to take it one step further to predict that current Detroit Defensive Coordinator Aaron Glenn will be replaced by Pittsburgh Linebackers Coach Brian Flores.

Given that Campbell’s anticipated firing would nix Detroit’s eligibility in coaching at the Shrine Bowl, it appears the next team up would be the struggling 2-7 Las Vegas Raiders.  Not only are they severely underperforming in a competitive AFC, but adding both TE Darren Waller and WR Hunter Renfrow to IR last week adds insult to injury-literally.

As November football continues to roll, it will be no time before it is February and we’re watching out for a Lovie Smith and Josh McDaniels sighting on the sidelines! 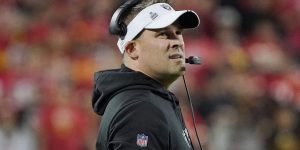 Setting the Stage for the All-Star Circuit