In 2008, Scott Wright began his “Dream Draft” Series, one of my favorites at Draft Countdown. As draftniks, all of us feel like we can do a better job picking players than most real GMs, so the Dream Draft puts it to the test. I will be continuing his series and using the team he drafted from 2008-2019 (active players listed at the bottom of this post) and mine from 2020-2021. Here are the guidelines for the challenge: 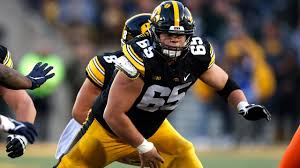 One of the most fun players to watch in his final season, Linderbaum was an absolute monster for the Hawkeyes. He created holes where their were none and always brought 110%. His small size and short arms knocked him off certain draft boards, but it was the always savvy Baltimore Ravens who snatched up the value on Linderbaum. The Ravens are favored to make the playoffs this year partially due to a great draft. Two years in a row selecting a Raven is interesting, but Linderbaum should have been drafted higher. He can even kick over to Guard for the team and complete the offensive line. 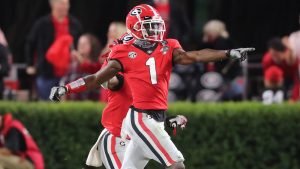 Pickens had an illustrious career at Georgia (who are still +350 to win the national championship) stepping in as their top WR from Day One. He fell in the draft due to an ACL injury in his final season, as well as some attitude concerns. What isn’t a concern is his talent. Pickens catch radius and body control are exceptional and he perfectly fits the offense the Steelers run. Add in Kevin Colbert has been the absolute king of picking WRs and chose Pickens (along with teammate Calvin Austin) in his final draft in charge, and this is a slam dunk pick. 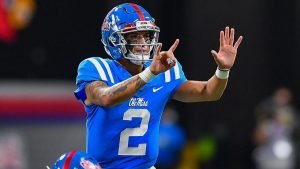 Getting a successful QB in the Dream Draft is beyond difficult, so taking a chance on a Day 2 QB is usually the best bet. Corral was my QB1 going into the draft due to his quick release, athleticism, and toughness. With some looming intangibles and readiness questions, he is a project for the Panthers who also brought in Baker Mayfield. This selection was made before Corral’s Lisfranc injury, but it was likely to be a redshirt year anyway. Despite the problems, Corral has the make-up of a future NFL starter if he gets a chance to prove it. 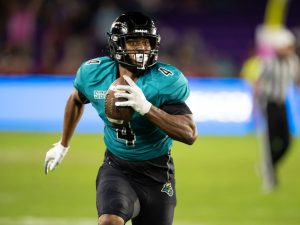 One of Brian’s favorite players in this draft, Likely had one of the biggest discrepencies between athleticism on film and in his workouts. Looking fast and agile consistently in college, Likely’s poor testing knocked him into Day 3 as a potential steal for the Ravens (once again). A pass catcher who is willing to throw blocks, Likely has some Mark Andrews to him. Though it will take some time, Likely will be a solid pass catching NFL TE. Robinson’s dominant performance against Bowling Green has always stuck in my mind as his athleticism blew off the charts of the MAC. Robinson came to the Redhawks as a WR and transitioned to being a Defensive End going into his Junior season. Even with only two years at the position, Robinson flashed NFL potential and is in a situation where he can get some early work. 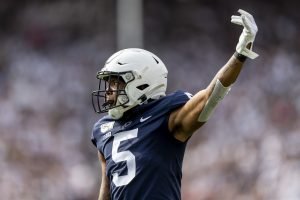 I was irrational high on Castro-Fields who I rated as an early 4th round pick. After falling to the end of the 6th round, Castro-Fields got picked up by a 49ers squad who needs defensive back help. Though he isn’t an insane athlete like many Nittany Lions, Castro-Fields has that CB/S tweener ability to make good plays on the football. A sound tackler with good instincts, the versatility means making a football team. Maybe Castro-Field ends up as a special teamer at best, but for a 6th round picks, sticking around the NFL awhile is a win. 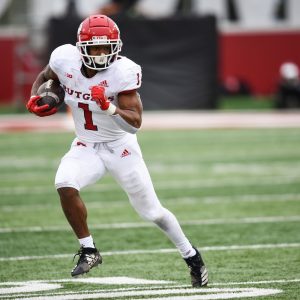 Pacheco was a surprise early declare whose game was based on pure speed at Rutgers. But, with a below average offensive line and facing some tough opponents, Pacheco only shined in a handful of games. This led to a big fall to the 7th round, but he is an ideal fit for Andy Reid’s offense with good one cut ability. Could Pacheco be a surprise starter at RB in a few years? It is very possible. 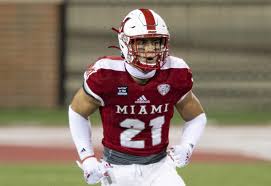 Another Redhawk makes the team with the big, fast Weatherford. He plays stiff, but the size, speed, hitting combination makes Weatherford a perfect fit for the Colts special teams unit. Though Weatherford struggled with his stiffness and coverage ability, the coverage unit is ideal for him. Look for Weatherford to stick around the NFL and potentially find his way on defense in a pinch.

Big Ten: Most Intriguing Prospects in the Conference

The Analytics of QB Draft Capital