Being that Draft Countdown regularly dissects college football players and their draft stock, let’s peep our gold star rookies this season who have made immediate impacts to their respective teams.

Any team would be thanking their lucky stars for a talent like Gardner, right? The fact that he has not even played an entire season yet is ABSURD! A shutdown corner like this is hard to come by even with years of experience. As long as he stays healthy and he continues to work his tail off, I expect Sauce Gardner to be a generational guy we talk about for a very very long time.

He is almost all but certain to receive a Pro Bowl assignment in his rookie season which would be only the 6th corner to receive this their inaugural season. There is a little uncertainty moving forward on offense after the Zach Wilson disaster, but we have a feeling this team will be just fine and at least secure a spot in the postseason. Dameon Pierce season or nah? The rookie has been really coming into his own as of late until a disastrous outing against the Washington Commanders in week 11. Coming off of his worst game of the season, we expect the RB to bounce back quickly against Miami’s middle-of-the-pack run defense.

What we do know is that this 4th round steal out of Florida is a huge building block for this Houston offense as they plan their future. Though it’s been no banner year for the erratic New Orleans Saints, Chris Olave is shining brightly amongst several rookies at the position. After 11 weeks, the former Ohio State Buckeye is ranking in the top 15 in multiple receiving categories: total receptions (T-15th), receiving yards, (10th), and first-down conversions (T-12th).

As the Saints continue to solidify their identity (maybe get the kid a consistent quarterback?) we have no doubt that Olave will continue to emerge as a high-octane threat in this league.

What’s most impressive is that this was a fifth-round pickup for Seattle! Woolen’s consistent top-10 play this year, much outdoing his 5th-round expectations, have him in the Defensive Rookie of the Year conversation, and deservedly so. I thought this stat was amazing: Kenneth Walker III is tied with Curt Warner for most consecutive games among rookies with rushing touchdowns in Seahawks history. Not bad company, young man!

As if he didn’t have enough remarkable stats, the emergent star clocks in as the fastest ball carrier in the league. The speedy phenom is making a name for himself mighty fast. Walker does not just take the ball and aimlessly run. The back also has smarts and patience on the field. His unbelievable season is earning the best odds (at the moment) to win the Offensive Rookie of the Year honor. 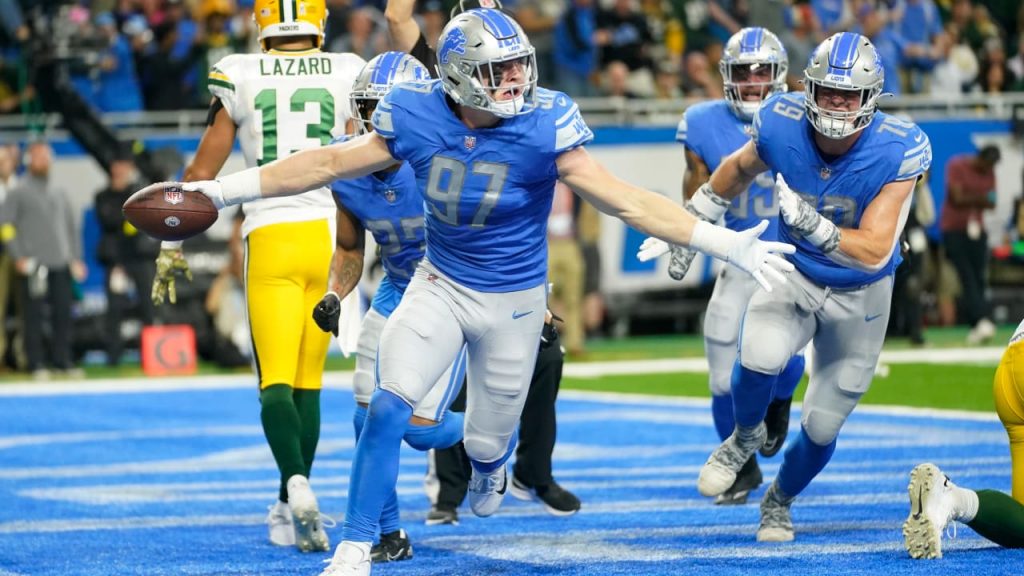 This defensive darling is as outstanding in Detroit as he was at Michigan. Taken second overall, he is proving beyond worthy. Hutchinson is already having a hotter start in his first 10 games, in regards to sacks, than the Watt brothers (T.J and J.J.) and Khalil Mack. He trails Myles Garrett by half of a sack.

Detroit will build around the talented edge rusher as their defensive cornerstone while their offense has been very efficient.

The Highest Paid NFL Players of All Time

Stock Up, Stock Down, Names To Know: Week 13