Time to eat some humble pie for the holidays! Before the season opener, I made my division winner predictions, and boy, it has been a wild ride this season. A defending Super Bowl champ with a massive drop-off, a surprising NFC East resurgence, and teams that once were but will skirt the playoffs.

Below, I will list my original predictions on each division and share my thoughts on what may be going on.

So far so good on this pick thanks to a mid-season surge from Joe Burrow and the Bengals. They only sit one game ahead of Baltimore so this division is far from decided. However, based on the remaining schedules and perceived momentum, I am still riding with Cincinnati to take this division.

For the AFC South pick, my thought process was this: a solid Indy defense in recent seasons, Jonathan Taylor, and what I thought would be a productive combo in Frank Reich and Matt Ryan.

This has been a year full of turmoil for an underperforming Colts unit. Head Coach Frank Reich was fired in early November while injuries and poor quarterback play from Ryan are just scratching the surface. This one looks like it will be taken by Tennessee unless Jacksonville can spoil their dinner. There is not much surprise here. This was the easiest pick to make heading into the season. While the thrilling win over Miami punched their ticket to the postseason, it hasn’t quite clinched the division yet. I would have to presume this will happen within the next couple of weeks! The biggest question is whether Buffalo can overcome their bigger headache in the AFC: Patrick Mahomes and the Chiefs.

While the Chargers are certainly making a case for an AFC wild-card spot (currently sitting at 6 seed if the season ended today), the Kansas City Chiefs have already claimed this division.

While Los Angeles is currently the unhealthiest team in the NFL (lowest bus score at 51.2), they have been finding ways to stay relevant. Their remaining three games are against the Colts, Rams, and Broncos-all very winnable.

Every good thing must come to an end; even back-to-back 13-3 seasons and Super Bowl MVPs for Aaron Rodgers. The division has already been claimed by the Minnesota Vikings and it was done in a historical fashion. They manufactured an overtime comeback against the Colts after being down 33-0 at the half.

Green Bay is not even on their heels in a second-place situation as the Detroit Lions have been getting hot at the right time-winning six of their last seven.

So Tampa Bay IS currently leading the worst division in football as they sit at 6-8. The craziest part of this season of parity includes a scenario where an NFC South champion would earn a 4-seed in the NFC race.

This division is essentially up for grabs as Carolina, New Orleans, and Atlanta are all at 5-9 and just a game behind Brady and the Bucs. Similar to Buffalo’s position, the high-flying Eagles have secured a spot in the NFC playoff race, but have yet to formally clinch the NFC East. A win or a tie against the Dallas Cowboys on Christmas Eve will do the trick!

While Philadelphia has dominated with a 13-1 record, fans are holding their breath as Quarterback Jalen Hurts recovers from a shoulder sprain that could sideline him for a couple of weeks. The good news? Hurts should certainly be back in time for playoff football, especially considering they should have a first-round bye!

Not a ton of people would have seen this disastrous season of a season for the Arizona Cardinals, let alone myself. I thought the talented mobile QB Murray would at least be in the race by the time December rolled around.

Instead, there has been intrateam turmoil, Kingsbury on the hottest of seats, and to top it off Murray suffered a season-ending knee injury. The injury may even pose questions to the front office about his future as the franchise quarterback. This off-season in Glendale will have us all reaching for popcorn as we see who gets sent packing. 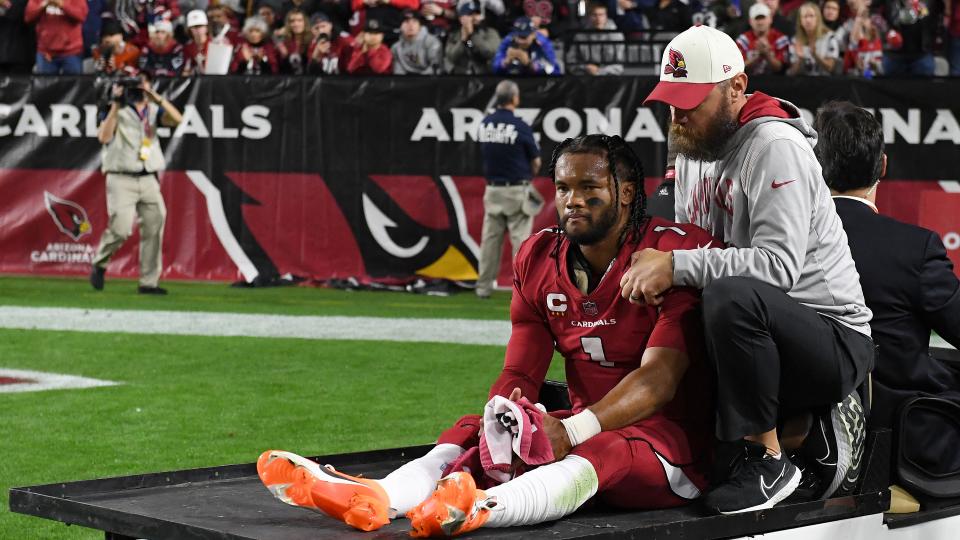 Holiday football is incredible as crucial games are flexed, seeds are locked, and every snap matters a little more than usual.