P. 449erss9er4nThey say to always have a backup plan in life. This year, more than ever, we have seen the value of a serviceable backup quarterback! Unfortunately, injuries are so commonplace and if you have a solid backup, this keeps the ball rolling. Let’s look at a handful of QBs who stepped up when their number was called. Each circumstance is unique to these teams, but one thing is for sure: make sure your plan (Q)B is in place.

The Value of the Backup Quarterback

While there should have never been a quarterback controversy in Dallas, anyone can respect what Cooper Rush was able to do in place of an injured Dak Prescott. While he did win four of the five games he started, the point differential with Rush versus Prescott is +28 as opposed to +80, respectively. See! No controversy whatsoever.

The bottom line is that enough was done to keep Dallas very much alive in playoff contention and that is all you can hope for from your second-string QB. 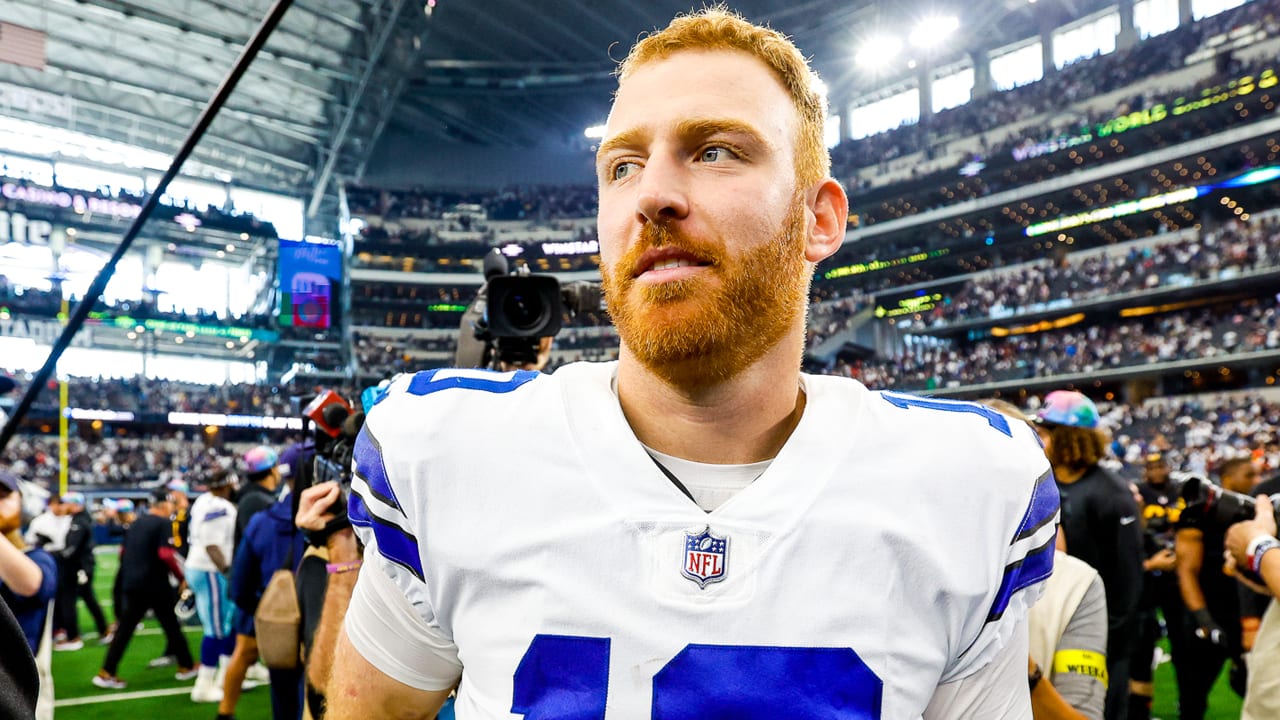 Oh, how the turn tables. Once serving as the backup to Carson Wentz, the script is now flipped. Wentz just activated off of IR and will serve as Heinicke’s backup. While not always wowing us on paper, Heinicke is praised by teammates and coaching staff as clutch and gritty. Anyone who has watched him close out these games can see exactly what they mean.

His 42.4 rating is not spectacular, but as they sit with a 76% chance to make the playoffs, Ron Rivera’s squad is doing something right! Similar to the 49ers-with a dominant and defensive line and ground game-quarterback. Play can be pedestrian so long as there aren’t mistakes made.

Sunday Night Football’s game will be the Commanders taking on NFC East rival New York Giants. Both teams are in contention and every game down the stretch matters for both entry and seeding. 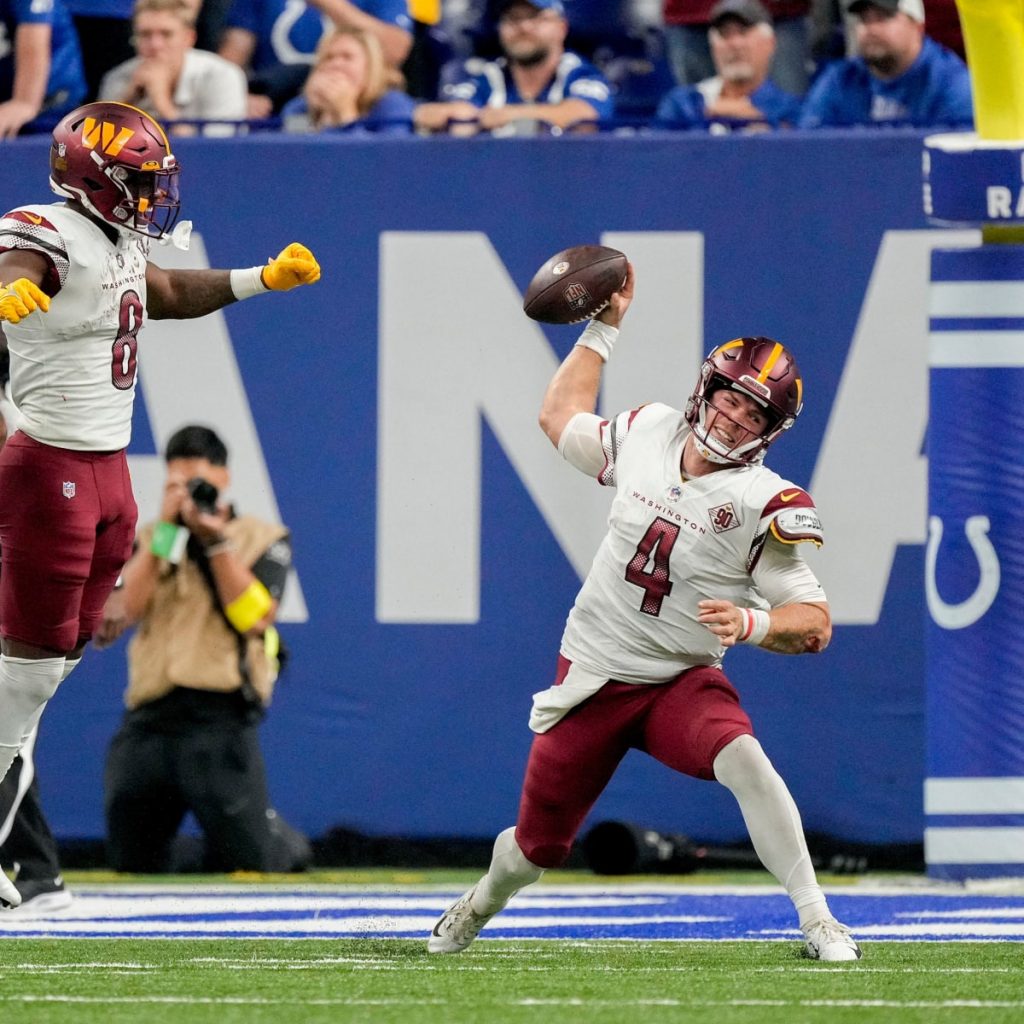 Certain systems are more accommodating to quarterbacks and the Niners may be the blueprint. The 49ers have a top NFL defense/special teams. With studs on the ground, the quarterback needs to simply be efficient, protect the ball, and get the rock into your playmakers’ hands.

Brock Purdy, the 262nd and very last pick in the 2022 draft-once dubbed “Mr. Irrelevant” has quickly been inducted into the league. He jumped in to replace Jimmy G against Miami in week 13. He went on to beat the Dolphins 33-17. Then went up against a top-10 defense in Tampa Bay and put on a clinic-beating them 35-7.

Not only does Purdy have an elite play-caller in Shanahan, but also has a mentor who has been developing him since he’s been in the building. And it shows. Welcome to the NFL, Mr. Relevant! The rookie QB also was able to secure the NFC West division after their Thursday night win over the Seattle Seahawks. 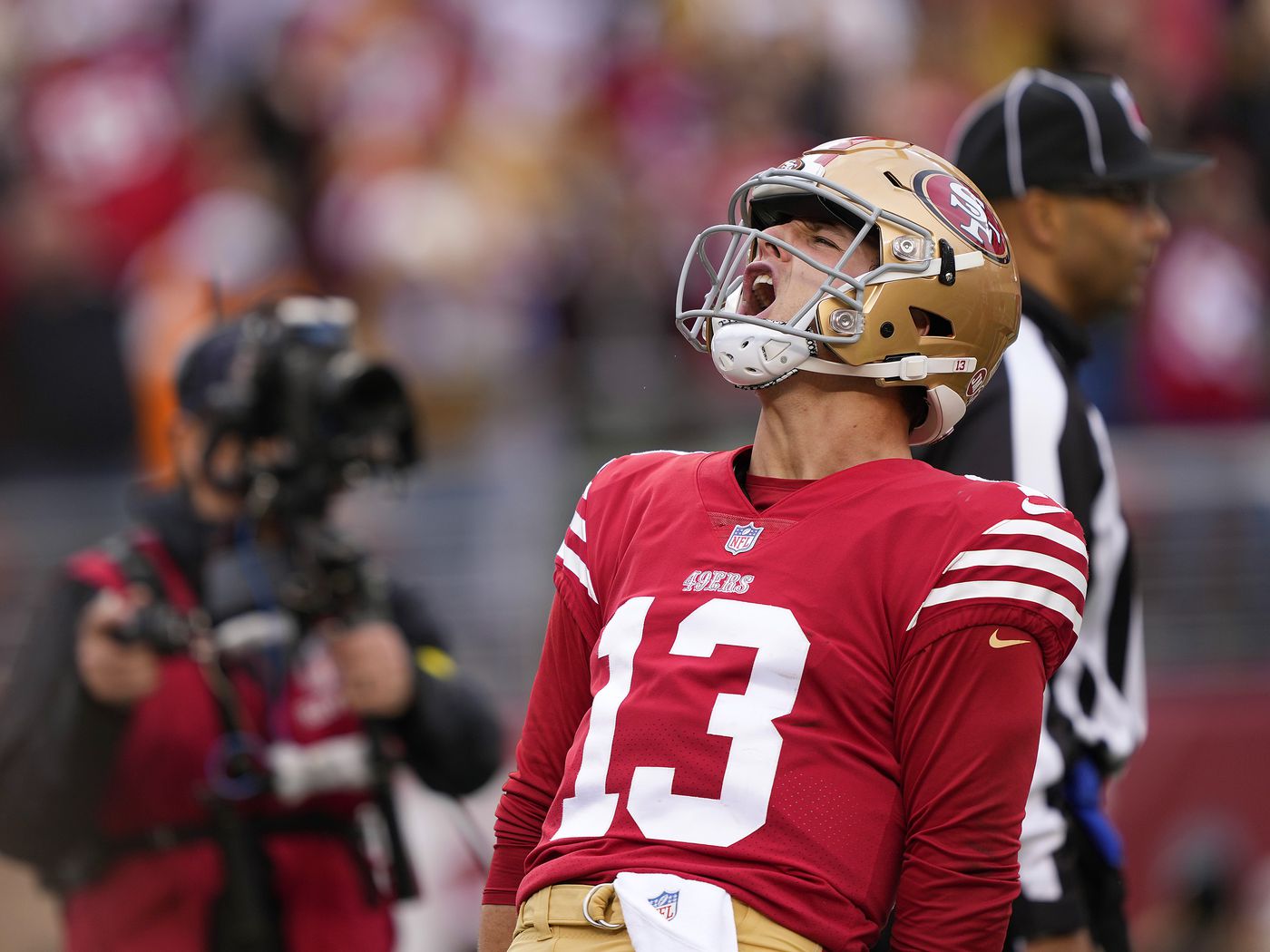 It was the benching heard ‘round the league when Jets’ Head Coach Robert Saleh announced on November 23 that Zach Wilson would be sat in favor of backup Mike White. Wilson, the former overall number two pick, had been playing very poor football. And he has been majorly underserving this New York Jets team.

What you don’t see on White’s stat sheet is the wild praise received by his teammates! Not to mention, he didn’t even question rushing back into the game versus Buffalo. Even after taking some big hits to the ribs. The recently-promoted quarterback will look to right the team’s ship after losing the last three of four and facing the red-hot Lions. These backups are not always there to break any passing records, but rather keep their teams afloat. On paper, some of these guys are more efficient than others and the bottom line is getting wins.

Tyler Huntley, backup to Lamar Jackson in Baltimore, deserves an honorable mention as he has recently had to step in for a couple of games while Jackson deals with a PCL injury.

Signs and Signals of a Strong Football College Team

Christian Watson: The Next Cooper Kupp

Stock Up, Stock Down, Names To Know: Week 11