The Draft is arguably the most critical time of the offseason – the NFL’s off-season. The event involves selecting college athletes from the 32 NFL teams.

The idea came from former Philadelphia Eagles general manager Bert Bell. When the league was dominated by the Chicago Bears, Green Bay Packers, New York Giants, and the former Boston Redskins – currently in Washington –the Eagles could not compete at a high level and, therefore, struggled to hire young athletes.

When they managed to match the proposal financially, they saw the players opt for a team with more chances of winning the title. Then, in 1935, Bell suggested to owners and GMs that the teams have the same rights in acquiring players to solve the championship competition problem. The proposal was unanimously approved during the owners’ meeting, and in 1936, the first NFL Draft took place.

Today, people are waiting eagerly for the next year’s Draft to place their NFL betting picks for the upcoming season. 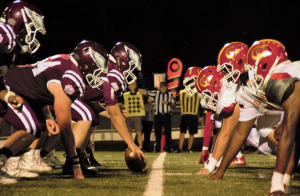 To become eligible for the NFL Draft, you must have finished high school for at least three years or be out of high school for three years from your date of entry into the NFL. In this case, it doesn’t matter whether or not you played college football.

However, prospects use the college level to hone and improve their skills as best they can, using it as a showcase. Unlike other Drafts, in other American sports, you will hardly see someone chosen without NCAA experience.

The three-year rule is in place, so players don’t arrive too early and raw in the league, where their athletic capabilities and potential aren’t fully developed. It also helps with competitiveness between universities, as everyone must prove their worth to reach the next level. Apart from making the player study and have the possibility of having a diploma through a scholarship, since his career in American football can end at any moment.

How the NFL Draft Works 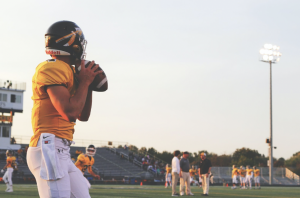 Before the selection process, future NFL star candidates undergo an assessment called Combine, which can be considered a huge job interview. Players undergo measurements, interviews, exams, and physical and mental tests. To show off your skills and strengths. After that, the Pro Days take place, which are exercises done at the universities of each athlete, in addition to the privacy practices with each franchise.

The NFL Draft is divided into seven rounds over three days, in which each of the 32 teams receives – in theory – at least one pick in each game. Of course, this is not a rule, as there are trade-offs and compensatory choices. With that, by default, a Draft comes to have 256 players selected.

The event usually takes place at the end of April. The first day is considered the most important, exclusive to the first round, and the main prospects will be chosen. The teams define their second and third-round selections on the second day. The third day is in charge of the rest of the four rounds.

The order of selection in the Draft is determined according to the performance of each team in the previous season, going from the worst campaign to the best, respectively, to keep the NFL as competitive as possible. The team with the worst campaign in the previous year – in the case of 2017, it was the Browns, with the 0-16 campaign to be forgotten – picks first, and the defending Super Bowl champion – the Eagles – will have the 32nd pick.

During the first round, each team has 10 minutes to choose. If time runs out, the following section can step forward and make their selection, but the original team does not lose the pick and can make it at any time. In the second round, the time on the clock is seven minutes. The time limit decreases to five minutes between the third and sixth rounds. And in the seventh round, the duration drops to four minutes.

Despite theoretically having seven picks per Draft, the franchises can exchange their preferences among themselves, depending on their desire and need, for a better position, future choices, or for players to improve their rosters. Of course, according to the signed agreement, there is an equivalent compensation for each exchange.

There are also compensatory picks, in which the league compensates the teams that lost relevant and essential players during free agency so that the level of each group is maintained. In addition to the picks in each round, 32 compensating picks spread over the last five rounds – 3rd to 7th. These selections are also given to teams that lost more free agents than they signed in the previous year. Teams that have won and lost the same number of athletes, but lost a high-value player, may receive a pick, but only in the seventh round, after compensatory picks.

Compensatory picks cannot be traded, and the placement of these picks is determined by a formula involving player salary, playing time, and postseason achievements with the new team, with salary being the primary factor. For example, if a team loses a linebacker that was signed for $2.5 million a year as a free agent, it may pick up a sixth-round pick, while a team that lost a wide receiver that was signed for $5 million per year, may receive a fourth-round selection, and so on.

Offset picks are set yearly at the NFL’s annual meeting in late March. Usually, three or four weeks before the Draft, which mainly takes into account the contract that the player received in his new team. Also, important factors are the time he was on the field for the new franchise and the awards he may receive, such as the Pro Bowl.

Top 2023 Prospects from Outside the US

The Biggest Surprises in NFL 2022 Season